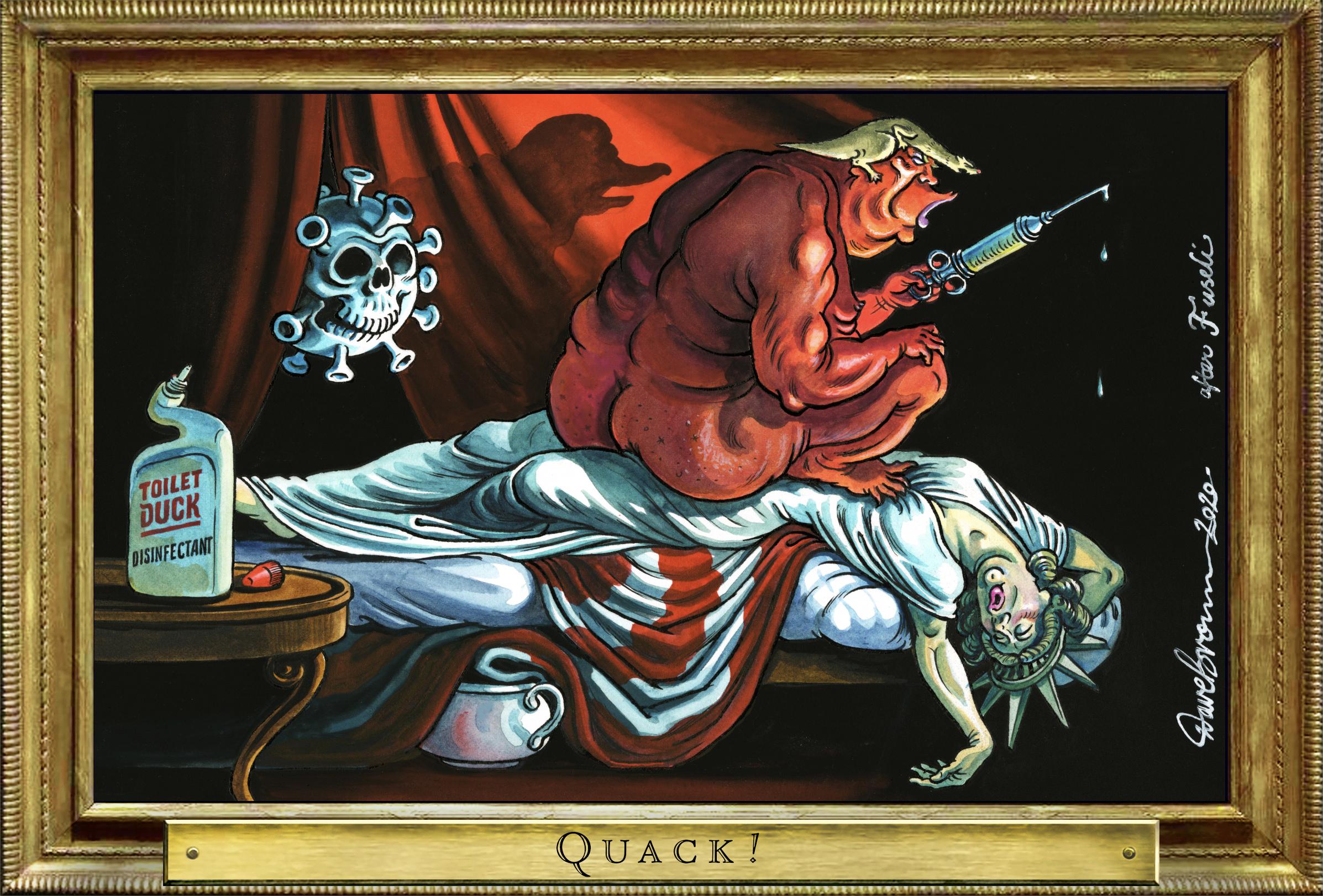 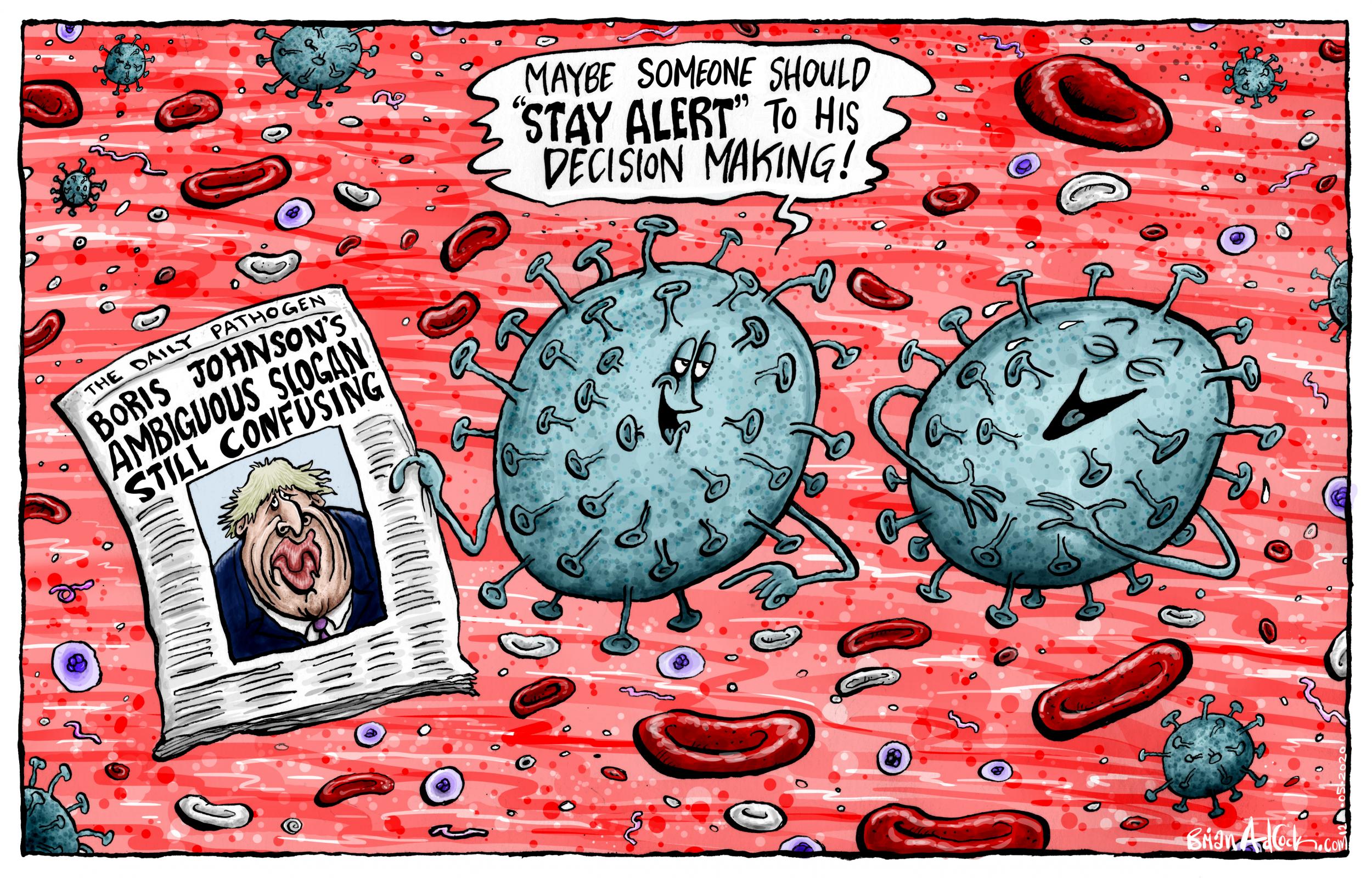 He’s the dream that makes you sweat.

In an effort to draw attention to the ongoing climate crisis and the unprecedented number of bushfires across Australia, 41 artists transformed the streets of Melbourne, Sydney, and Brisbane into the nation’s biggest unsanctioned campaign advocating for immediate action.

The action named Bushfire Brandalism replaced 78 posters across the three cities with original designs focused on the fossil fuel industry, heroic local firefighters, and the devastation of wildlife and natural habitats across the country.

Pedestrians in some suburbs of Melbourne, Sydney and Brisbane would have walked straight past activist artists (vandals, some critics might call them) removing advertising from bus shelters and inserting artwork protesting the Morrison government and its handling of Australia’s bushfire crisis. 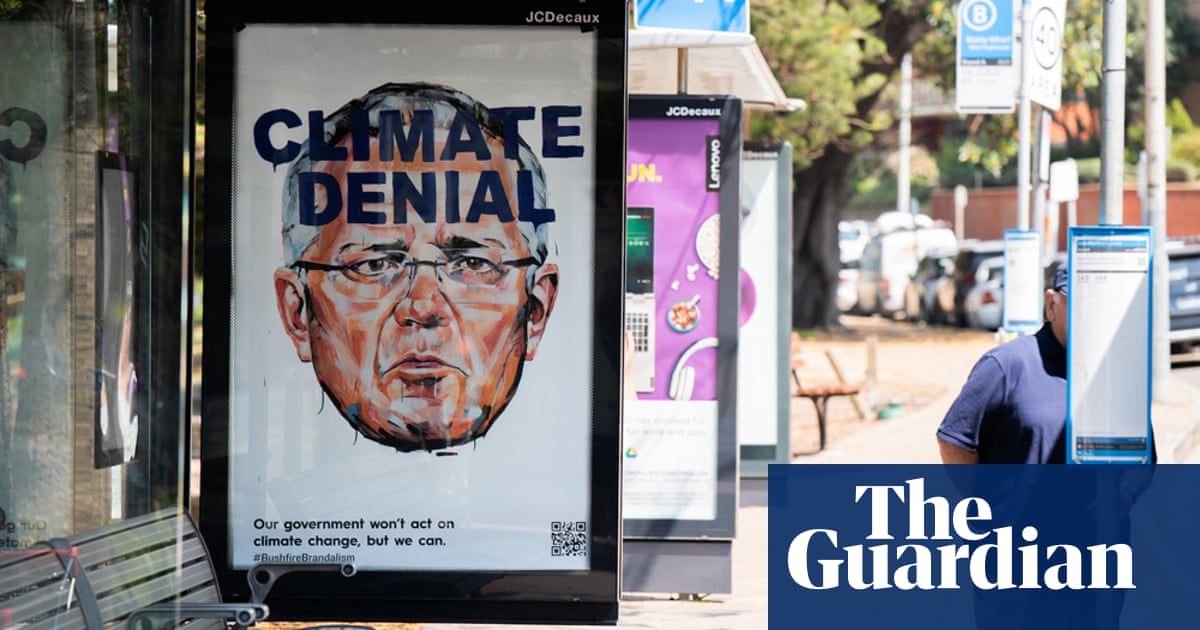 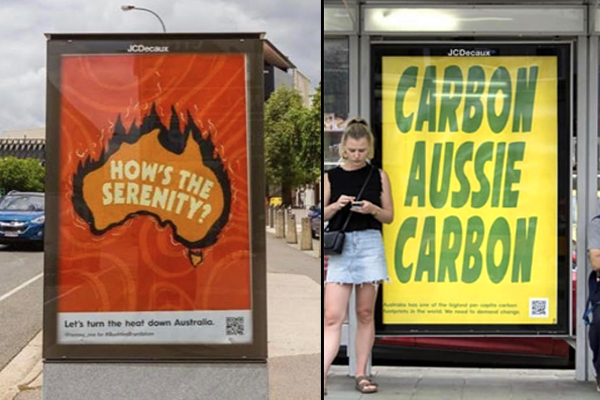 Unfortunately, many of the works get taken down as fast as they go up.

The practice of “brandalism” also known as “subvertising” or “anti-advertising” – isn’t new. In 1979, Billboard Utilising Graffitists Against Unhealthy Promotions (colloquially known as “Bugger Up”) was formed in Sydney and spread to other Australian cities, targeting cigarette and alcohol advertising. British artists the KLF have been associated with the practice since the 90s, and in 2015, more than 80 artists took over 600 Parisian bus shelters during the COP21 UN climate change conference.

Society needs to get conscious again and focus on important issues like this.

Advertisement is always about expensive brands of whatever, but nobody promotes relevant stuff like healthy eating, the importance of condoms; or denounce harmful things humans are doing to the ecosystem.

The World Happiness Report was recently released to much fanfare, unleashing a firestorm of debate. Residents of countries are clamouring to find out where their country ranks on the list.

As expected, all of the countries with best life quality are on the top 10.

Finland, of course, ranks #1 happiest country in the world for the second consecutive year.

It’s understandable for places in Northern Europe to rank so high on the Happiness Report.

Countries like Finland have some of the best social programs and healthcare in the world. What they might lack in decent weather they make up for with an incredible lifestyle.

Canada, on the other hand, is ranked so high because of similar reasons.

We have some of the lowest unemployment rates in the world, one of the best healthcare systems, our infrastructure (except Quebec…) is bar-none, and let’s not forget Canadians, unlike Americans, have no constitutional right to bear arms (sales and possession of firearms are permitted but tightly restricted,) hate propaganda is a criminal offence in Canada, and also, weed is legal.

It should be a point of pride for Canadians to rank so high on the Global Happiness Index amongst some of the world’s MOST HIGHLY regarded countries.

Ethereal Austrian nightingale Conchita Wurst has decided to tell everyone (via Instagram) that she’s HIV-positive after an ex-boyfriend threatened to go public with the info.

In her post, she wrote in German, “Today is the day to free me from the sword of Damocles for the rest of my life: I have been HIV-positive for many years. This is actually irrelevant to the public, but an ex-boyfriend threatened me to go public with this private information and I will not give anyone the right to frighten me and influence my life in the future.”

She added: “Since I received the diagnosis, I have been receiving treatment, and have been undetectable for many years, so I am not able to pass on the virus…Coming out on one’s own is better than being outed by someone else. I hope to fight against the stigmatization of people who have become infected by HIV, either through their own behavior or through no fault of their own. To my fans: the information about my HIV status may be new to you – my status is not! I’m well and stronger, more motivated and liberated than ever. Thank you for your support!”

I hope that what happened to Conchita brings awareness about how important sex education is! And the importance of protected sex.

Now, If there’s a hell under hell, then Conchita’s blackmailing ex-boyfriend just ended up on the list of its future residents for trying to hurt Jesus’ gorgeous twin sister.

April is Autism Awareness Month. It is estimated that 1 in 500 children have a learning disability that falls into the autism spectrum disorder category. Since its inception, autism awareness and acceptance have increased, and a better understanding of neurodiversity has ensued.

Generally, people with autism can have normal or HIGH intelligence, but sometimes there is an intellectual disability that can range anywhere from mild to severe.

Even though the condition has only “recently” been recognised, there are many famous people throughout history who are thought to have been on the autistic spectrum.

Below five exceptional allegedly autistic people who made epic contributions to our world.

Mozart is recognised as one of the most gifted musicians and composers the world has ever seen. His talent was precocious and astonishing; by the age of 5 he was composing pieces and performing for Royalty.

His work is regarded as some of the best classical music ever produced, and many pieces remain popular to this day. His influence on the development of western music is momentous.

Considered one of the greatest artists ever to have lived, Michelangelo’s work is some of the most recognizable and well-known of all time.

His genius was recognized during the course of his life and he was commissioned to paint the Sistine Chapel Ceiling by the Pope. The project took Michelangelo 4 years, and the result is one of the most acclaimed works of art on the planet.

But his most famous piece is the statue of David, which is the epitome of Renaissance sculpture.

Credited with the “discovery of gravity” and considered by many to be the most influential scientist who ever lived, Newton’s work on universal gravitation and the laws of motion dominated scientific thinking for the next 300 years.

His other notable achievements include the invention of the reflecting telescope and his work on the visible spectrum of colours after observing the effect of a prism splitting beams of light into rainbows.

But for the majority of people, Newton is most famous for having an apple fall on his head.

Carroll is the acclaimed 20th Century writer behind Alice’s Adventures in Wonderland; one of the most enduringly popular pieces of literature ever produced.

A 20th Century artist who’s credited with leading and inspiring the cubist movement of artists, Picasso was a remarkable man. He lived through two world wars but never fought, spending the second in Nazi occupied France where he continued to paint and sculpt throughout the conflict.

Picasso also struggled with social behaviour problems and had a mild form of autism. Today he is still revered as one of the most revolutionary and accomplished artists.

The stories of these geniuses have inspired many to pursue life-long goals no matter what the challenges are. The world would not have been the same without them.

Christ the Redeemer statue in Rio is hanging his head low and has dropped his arms today, because thousands of miles away is a statute that is a million times more glorious, stands much more erect and makes many more people scream, “OMG!”

Metro says that 6,211 feet high atop Mount Oetscher in the Austrian Alps is a giant wooden boner that is pointing straight up for the sex gods.

Blogger Marika Roth came across it while hiking, and she shared pictures on Facebook of the biggest dick to come out of Austria since Arnold Schwarzenegger.

Many, including the Oetscher ski lift operators, are wondering how that timber cock got up there.

Did two gold medal-worthy power bottoms with extra-strength assholes do ass to ass with that thing and then carry it on up there with their butts? Did a bunch of dick-loving woodpeckers carve that beautiful thing out of a trunk? Is it truly a gift from the gods?!

Feeling like camping anyone? Regardless, sent from heaven or hand made this monument totally fit ’cause Austrian dudes are total dicks!

One of the fun things about the cultures of the world, it’s to observe the unique ways in which different countries celebrate the holidays.

For example, in some Hispanic countries during December there’s the Three Wise Men’s camels tradition on El Dia de Los Reyes Magos. In Holland, Santa arrives by boat with a bunch of slaves. But perhaps the strangest celebration of the birth of Christ is the Krampus tradition in the Germanic speaking countries.

In case you don’t know, Krampus is a giant horned monster that beats and drags naughty kids to hell. Men dressed in hideous Krampus costumes wander around towns in Germany and Austria and wrestle and mock fight people as everyone slowly gets sauced on beer. But what are you to make of this if you are a recent immigrant?

There has been a huge influx of immigrants from the Middle East to Europe and the Austrian government of Virgen, (yes, really), is concerned that seeing a giant demon pretending to beat up children might scare the new immigrants.

So, they’ve invited several community leaders and their kids to learn about the wonders of the Krampus tradition.

Can you imagine immigrating to a country looking for freedom and better opportunities and then suddenly being pummeled by a giant goat man? I’d consider going somewhere else.

Every trick and tramp can pick it up and take their asses to In-N-Out to eat their feelings, because Heaven’s answer to Kim Kartrashian, Conchita Wurst, was at the Golden Globes and has already snatched up the Most Glamorous and Best Dressed title of the night thanks to the dress that looks like something Scarlett O’Hara would make from her drapes to go to a business meeting.

The malnourished praying mantis, Giuliana Rancic, just said on E! (no, she didn’t) that Rosamund Pike and Jennifer Lopez were seen running from the red carpet to their cars, because they laid their eyes on Conchita and knew that their homely asses could never compete with this bearded perfection. Hos need to double think their style and beauty choices next time because Conchita was the only winner last night.