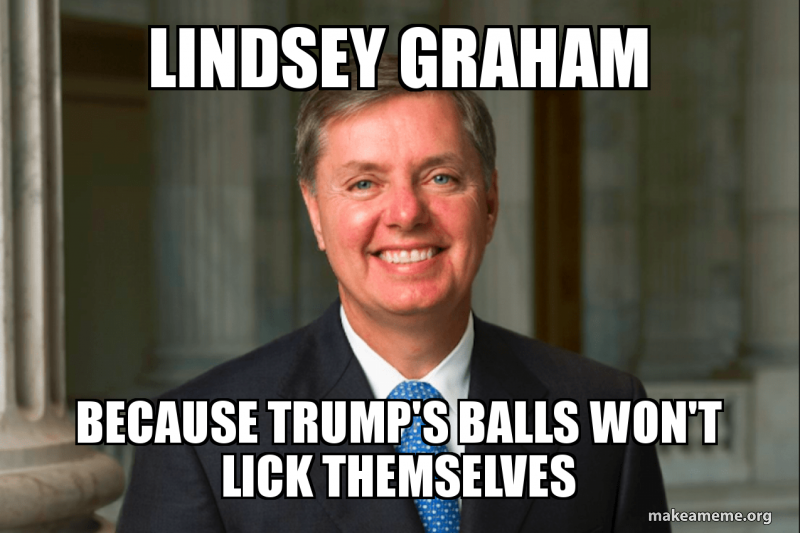 Sen. Lindsey Graham (R-S.C.) doubled down on his push for a speedy Senate impeachment trial, saying he doesn’t need to hear from witnesses before taking a vote on whether to convict or acquit President Trump.

“I think what’s best for the country is to get this thing over with,” Graham said in an interview on CBS’s “Face the Nation that aired Sunday. “I [have] clearly made up my mind, I’m not trying to hide the fact that I have disdain for the accusations in the process, so I don’t need any witnesses.”

“I am ready to vote on the underlying articles, I don’t really need to hear a lot of witnesses,” he added.

IMPEACHMENT TIMING: If the House votes to impeach @realDonaldTrump, @LindseyGrahamSC says he supports a speedy Senate trial and doesn’t need to hear from witnesses. He will vote on the underlying articles introduced in the Judiciary Committee. WATCH: pic.twitter.com/1M3vYxY8Ou

So the jury has decided prior to the trial? Democracy denied!

In a criminal trial (of any country) this would disqualify him instantly.

But well… The United States has become a parody, a dystopia, a Nazi paradise, a dangerous circus under Trump.

I wonder if Trump doesn’t have photos of Lindsey with a cock in his mouth? (legit question). The amount of blackmail material Trump has on Miss Lindsey must be immense. 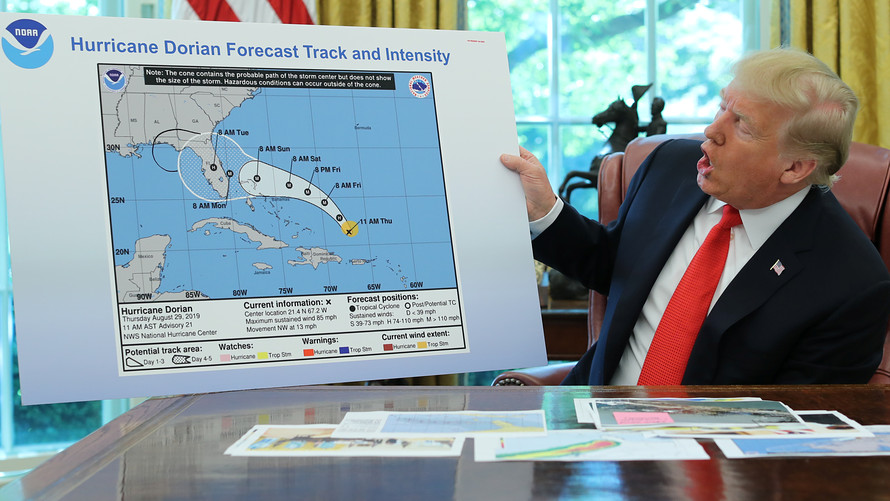 He posted nine tweets and five maps about Alabama and the big storm. He defended a doctored hurricane map that had been altered with a black Sharpie to include the state. And he had his White House release a 225-word statement defending his erroneous warnings that Alabama was “going to get a piece” of the storm.

Trump’s fixation on his erroneous Dorian warnings underscores a long history of defending inaccurate claims — from the crowd size at his inaugural address to false claims of voter fraud in 2016 to fictional “unknown Middle Easterners” streaming across the southern border in migrant caravans.

It was Trump who used a black Sharpie to mark up an official National Oceanic and Atmospheric Administration map, which he displayed during an Oval Office briefing on Wednesday, according to a White House official who spoke on the condition of anonymity to discuss internal deliberations. 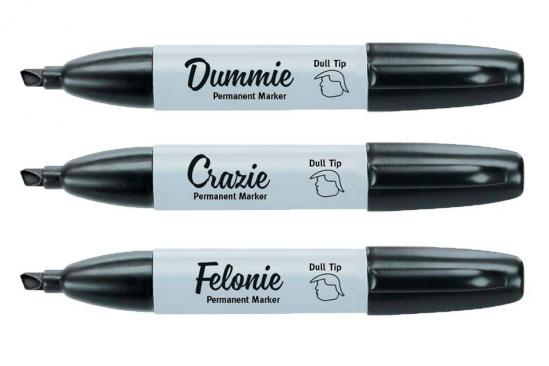 Was there ever any doubt?

First of all, dance in any form is the art of body movement, and ballet is one of the finest art but also one of the most difficult physical practice.

See this cute face, the future King of England? This adorable boy is being shamed by a grown woman on National Television in America for taking ballet! @lara.spencer you should be ashamed of yourself as well as @gstephanopoulos for laughing along & @goodmorningamerica for letting public shaming of young boys happen! Growing up as a dancer I was bullied horribly which is exactly what this is. She is teaching the word that it is ok to laugh at boys for dancing and that is so sad. Just think about the young boys who may have seen this and could quit their passion at her expense. It infuriates me and I would appreciate everyone sharing this and forcing a public apology to Prince George, The Royal Family, all male dancers and all dancers in general for being so insensitive. #LaraSpencer #GeorgeStephanopoulos #GoodMorningAmerica #BoysDance #BoysDanceToo #DontShameMaleDancers

DEAR @lara.spencer of GOOD MORNING AMERICA. I have a message for you. Wake up. It’s 2019. Get with the program. Please share and repost this so a boy who needs to see this feels supported if he dances or wants to! #boysdancetoo #ballet #goodmorningamerica #traviswall #laraspencer #bully

Male ballet dancers are beasts with stunning bodies and beyond otherworldly asses! I’ve met few ballet dancer in the past and OMG they were absolute perfection.

I wish my parents had the guts to put me on ballet classes.

I would have had confidence, discipline, strength and poise. 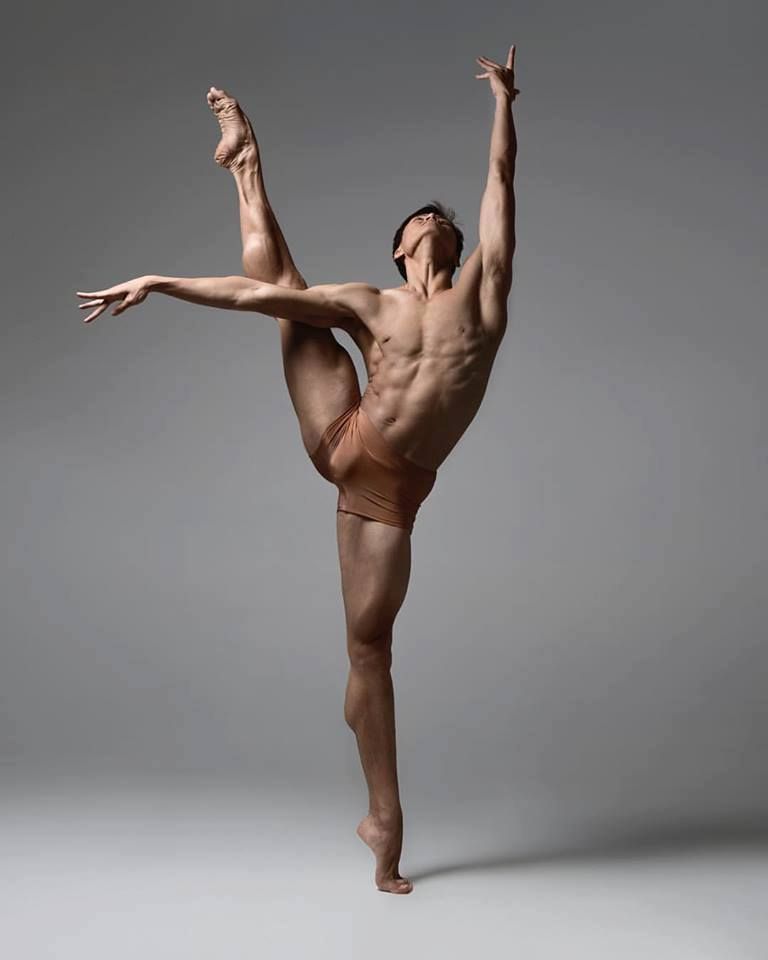 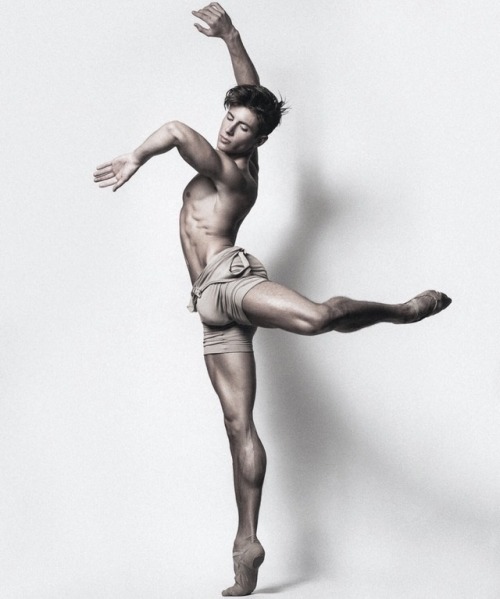 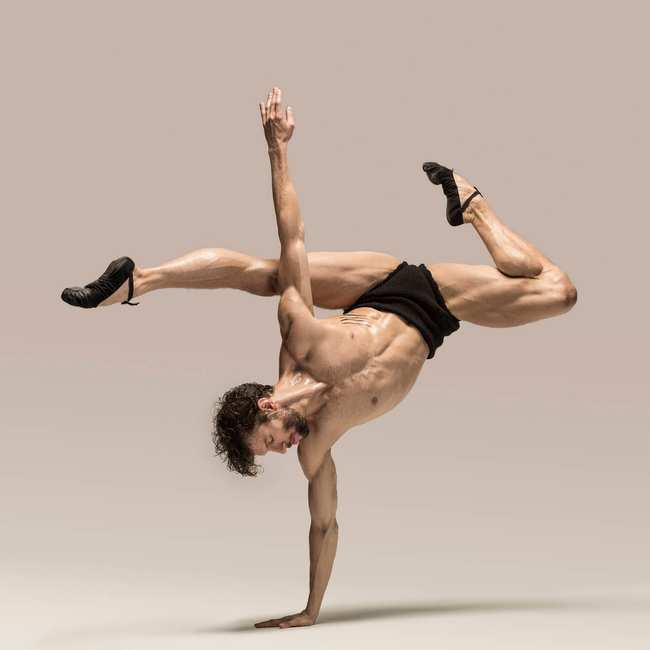 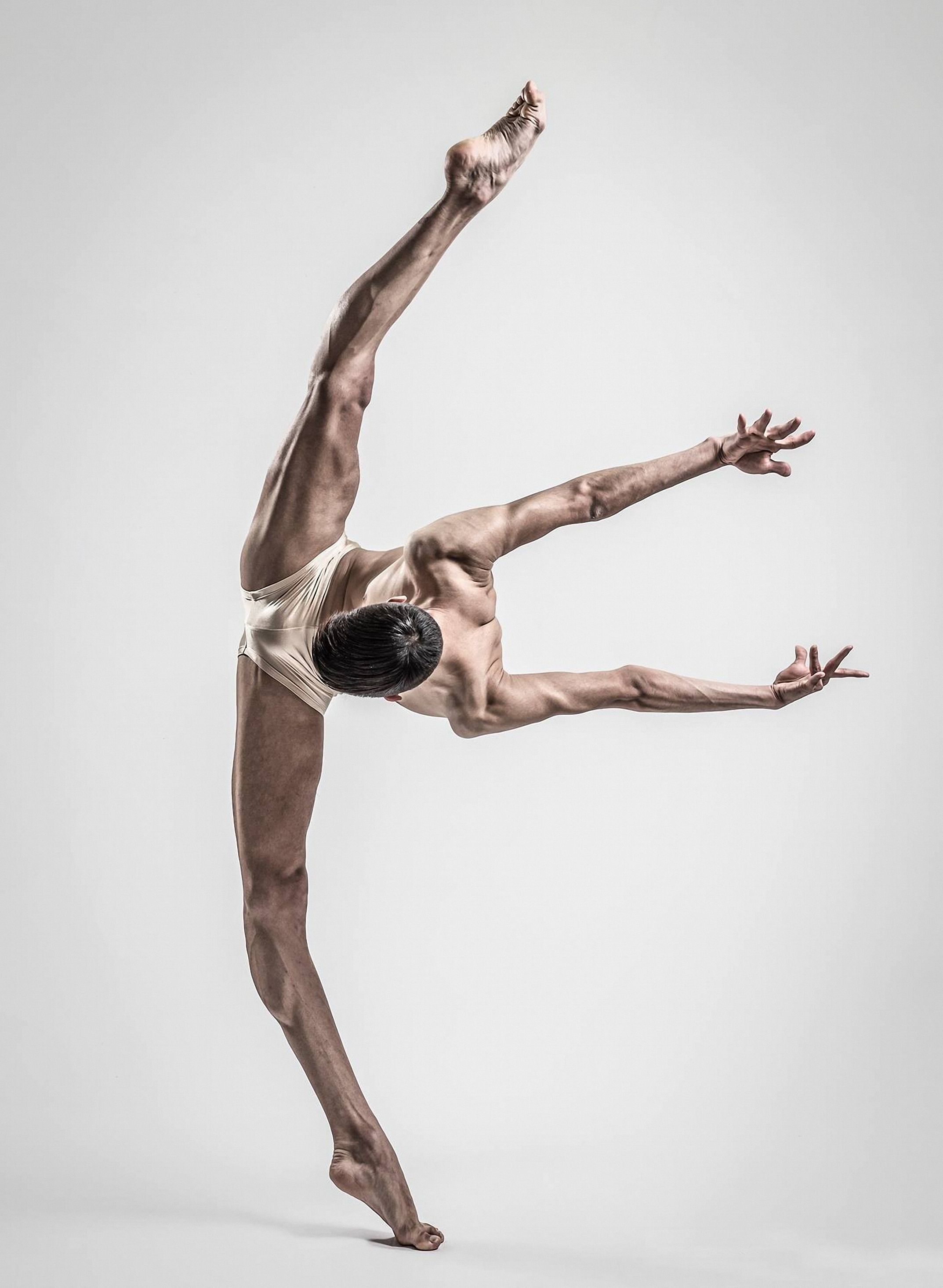 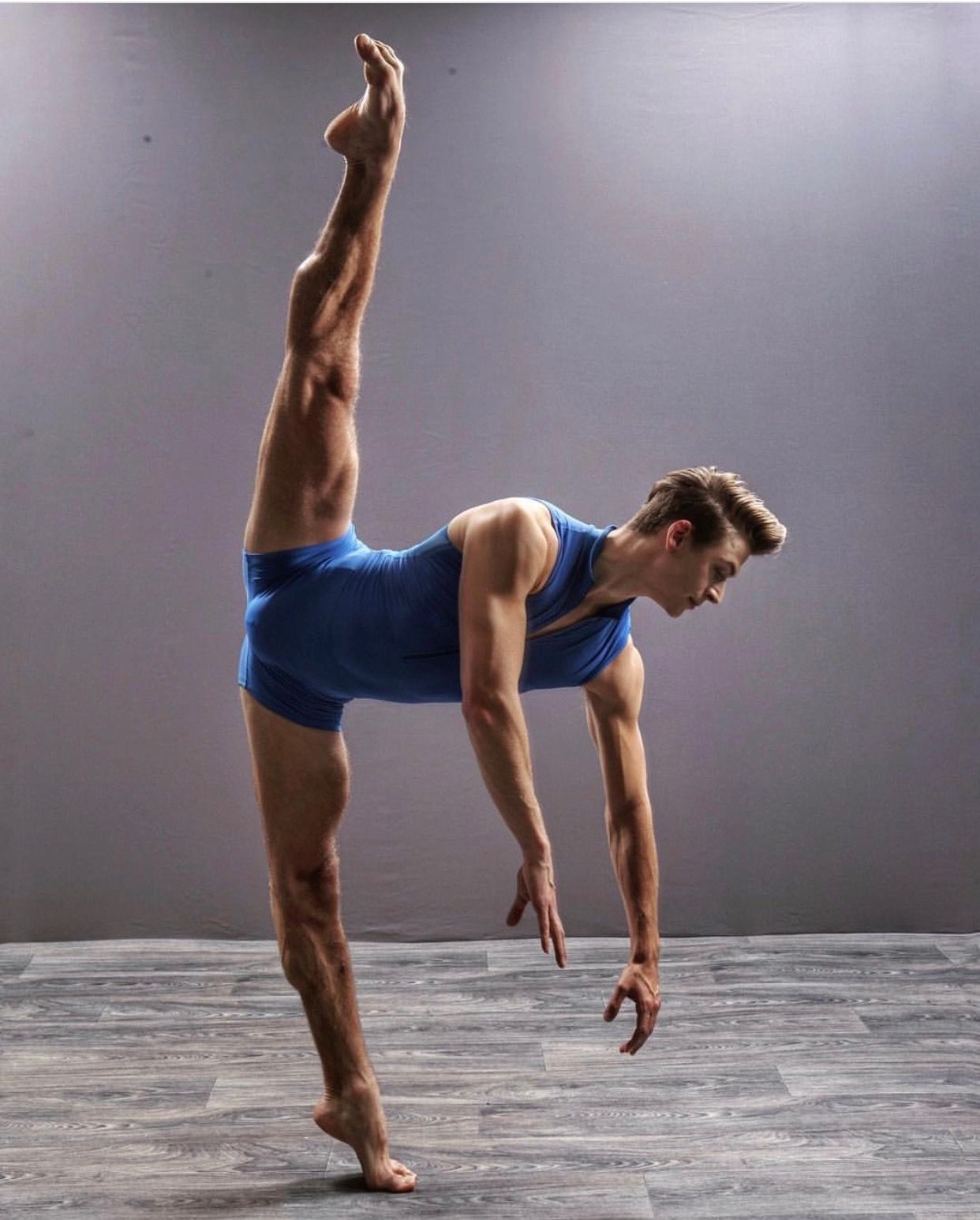 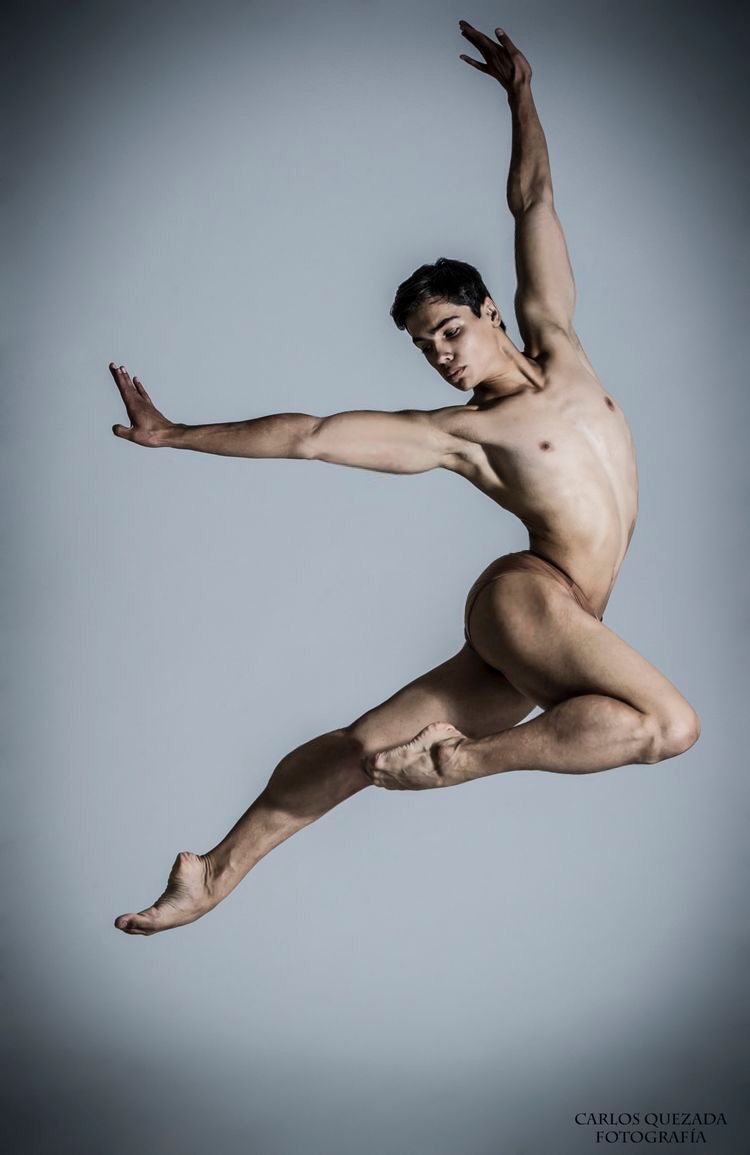 Lara and that regressive thinking can fuck off!

Last month, a bunch of attention whore losers in the American city of Boston saw all the love stemming from multiple Pride celebrations taking place around the world and decided to attempt a straight pride parade.

Of course, it failed miserably.

But fear not, because stupidity stretches from coast to coast. And now, the straight pride concept is popping up in the West with an upcoming rally slated to take place next month in Modesto, CA.

You should know that this idea comes from some homophobic jerk-off named Don Grundmann, who is a California-based chiropractor and herbalist. And of course this dude is an herbalist, because you’d have to be pretty damn high to believe that straight pride is a thing.

You should also know that Grundmann, who’s the director of the National Straight Pride Coalition, plastered his pretty pink fliers all over Modesto to alert the neighbours they were planning the event. And the event itself, in Grundmann’s words, is being organised to promote “heterosexuality, masculinity, femininity, babies, born and especially unborn, the nuclear family of men, women and children — everything that made our country great.”

I’m no anthropologist , but I’m pretty sure there are heterosexuals living in other parts of the world, and have been for quite some time… 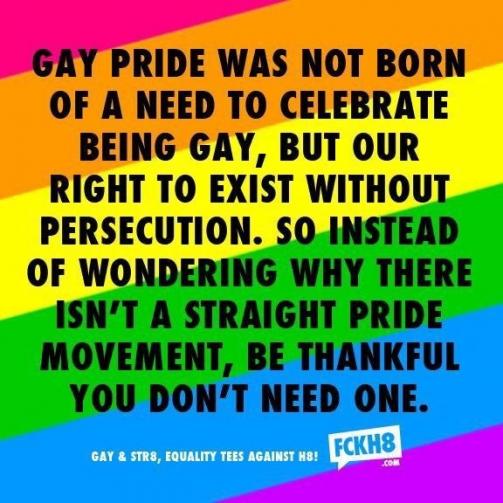 Jokes aside, this parade is going to be a bunch of closeted males, between the ages of 18-35, of some sort of mixed northern European ancestry, marching with tiki torches.

Seriously, I’m not interested in insecure”straight” men and their need for more relevance. Your orange king is on his throne and wrecking havoc on your behalf.

HBO’s Chernobyl  has sparked interest in the nuclear power plant disaster and the ghost town it created. And of course, that newfound attention has brought out attention whores who will shamelessly use a tragedy as an opportunity to show their ass in more ways that one.

Influencers are using the site of Chernobyl as a backdrop to display their sexiness. Next up: topless oxygen mask photo shoots at the 9/11 museum!

As a child who grew terrified of Chernobyl I can’t wrap my head around this. I don’t know what the air quality is like now but I remember thinking you breathed it in the 80’s or 90’s you would grow an extra eye (like the fish from the Simpsons).

Chernobyl was a horror. 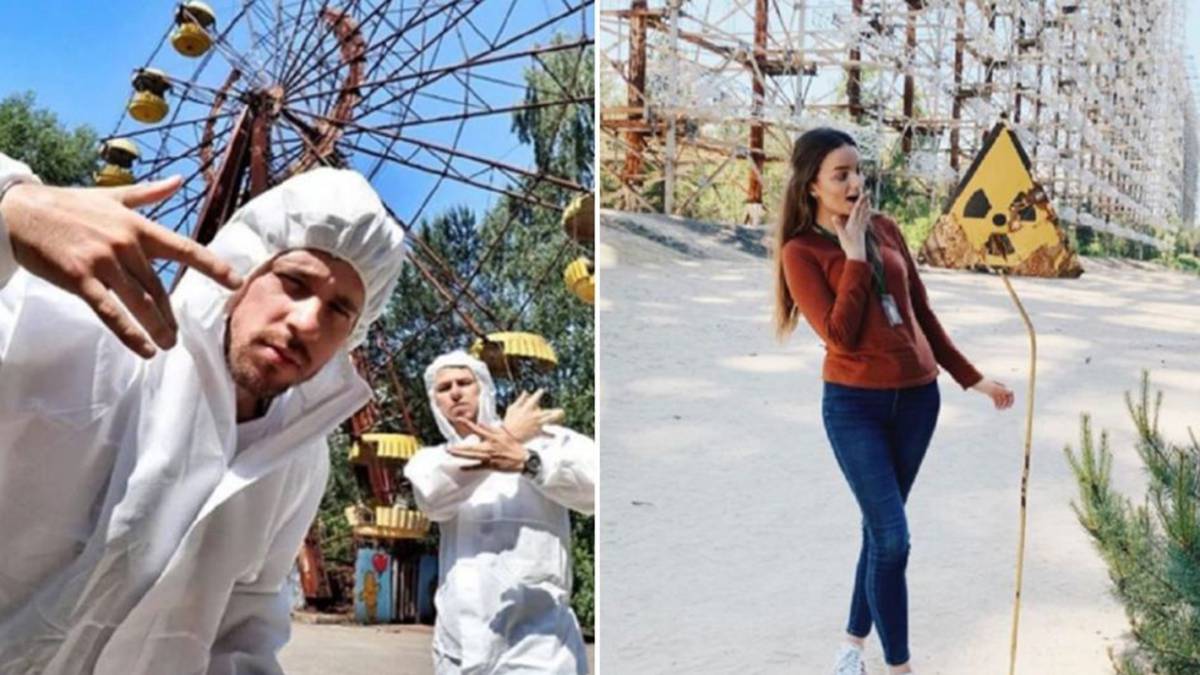 Influencers, listen, there are so many ways to show your asses but please for the love of everything holy if you are in a hazmat suit on a tragic historical site, don’t show your ass. Even if you think it will cheer up the place. Even is your thong matches the hazmat suit. Just leave that hazmat suit zipped and keep it moving.

This foolery got back to show creator Craig Mazin and he sent out a tweet asking people to stop the madness.

It's wonderful that #ChernobylHBO has inspired a wave of tourism to the Zone of Exclusion. But yes, I've seen the photos going around.

If you visit, please remember that a terrible tragedy occurred there. Comport yourselves with respect for all who suffered and sacrificed.

The selfish generation. It is all about “me” and any attention.

But truly, can’t we just encourage them to MOVE to Chernobyl long term? I feel like this is a win/win situation here…

Sorry for the lack of updates, blame my job… It’s truly exhausting.

Wednesday I was sleeping by 8 PM… I think is the first time in my life that I sleep so early. Gone are the days of insomnia, those when I use to go sleep at 2 or 3 AM and get up at 5 AM.

Anyway, I’ve never blogged so much about politics but those Americans give the world no rest with their jaw-dropping incoherence.

Few days ago Trump said he’s a “young vibrant man…” Yesterday the other EMBARRASSMENT (Barr) was grilled by the senate panel for LYING in order to protect his criminal boss (Trump).

There was ANOTHER  mass shooting.

And also Florida’s passed a bill ALLOWING teachers to carry GUNS in the classroom… Like… WTF is going on in that country???

Full exchange between Senator @maziehirono and Attorney General William Barr: "You did exactly what I thought you'd do, it's why I voted against your confirmation. I expected you would try to protect the president and indeed you did." pic.twitter.com/5ecg4jF2b2

Florida’s legislature on Wednesday passed a bill allowing teachers to carry guns in the classroom, expanding a program launched after the deadly high school shooting in Parkland with the aim of preventing another such massacre.

Florida’s House of Representatives voted 65 to 47 to pass the bill after hours of debate over two days in which the Republican majority thwarted Democratic efforts to amend, stall or kill the measure. Florida’s Senate approved it 22 to 17 last week.

Republican Governor Ron DeSantis is expected to sign the bill into law, enabling school districts wishing to take part in the voluntary Guardian program to arm those teachers who pass a 144-hour training course.

WHAT A FUCKING MESS!!

I give it a month before some teacher’s gun goes missing.

The United States is light years far behind Canada as a society.

That’s all I got to say.

Seen on the picture dressed like a child beauty pageant queen about to do a dance performance of the Dixie Chicks’ White Trash Wedding, Madonna has queefed out Medellin, the first single off her new album Madame X.

Madge has taken a much-needed break from terrorising the corneas of her Instagram followers with beyond filtered selfies from creepy HELL and has been using her social media pages to tease her new album and new song with my ex-husband Maluma.

The beginning starts with some whispery cha cha chas and Madonna letting us know that she auto-tuned her voice more than she filters her Instagram selfies, and then it’s just 5 minutes of an intro.

I kept waiting for the damn song to start. I thought I was going to get the sequel to La Isla Bonita and instead I got La Isla BOREnita.

Dear Madge,
It’s okay to retire from making new music, and just perform your hits and classics at a Vegas Show. You know, the shit people actually want to hear and remember you by.

Sincerely,
All your original fans.